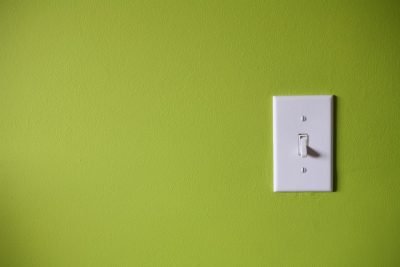 With DomCon Los Angeles (domconla.com) coming to the L.A. Hilton on the 9th of May, attendees will see an array of both Dom/me and subs – from 24/7 to weekend players. Thus it might be interesting to examine Dominance and submission from a completely different angle. Remember, this is my opinion and my opinion only!

I think that, in our modern society, it is nearly impossible for anyone to be Dominant 24/7. For example, many Dom/mes work for corporations and thus – unless they own the firm – have a boss. Even the “bosses” will be submissive from time to time in real life. When Dominants, no matter how Toppy, are told at the DMV, “Go to this line,” chances are they will comply. Get a call from the IRS, they will jump like a submissive hit with a single tail. Get stopped by a cop for a ticket, who becomes submissive? Thus, most Dom/mes, whether they admit it or not, have “submissive events” in their lives.

Similarly, with the exception of the atypical live-in slave who doesn’t work and rarely interfaces with the outside world, most submissives have Dominant moments in the real world. Obviously, those subs working basically Dominant jobs (a very common situation) have a lot of Dominant action in their professional lives. But even those who are not dominant in their jobs probably have Dom/me events in real life. Submissives with kids – male or female – must be Dominant with respect to their children. Even those without children will encounter the need to be Dominant sooner or later – if only to boss some underling around. Such is life in the real world.

But once you concede that we all perform acts of both Dominance and submission — and that both mindsets are mixed within us – then the act of being a Dom/me or submissive is usually less question of “pick one” than a matter of degree.

If correct, this personal opinion of mine is really good news for us Dom/mes and for submissives too. Many Dom/mes sometimes second-guess themselves when they – consciously or unconsciously – fall into “sub mode.” For example, I have a live-in, 24/7 slave. Yet there are lots of times I will ask my slave, “What movie would you like to see?” Or, “What restaurant do you want to go to?” At first, I used to agonize over it, asking myself, “Am I being the submissive here?” I am sure there are many Dom/mes who have questioned their behavior regarding similar lapses in protocol.

But if you view Dominance – or submission – as a continuum with elements of both within it – it is very liberating. It allows you to “switch” from time to time without thinking that you might be changing the basic D/s hierarchy within the relationship.

The article asks, “Are we are all switches?” The answer is no…and yes. No, in that most of us have a pre-eminent role that defines us. (Unless one is a true switch.) But yes, in that we all practice activities that are opposite to our Dom/me or sub type — even if only in small doses.