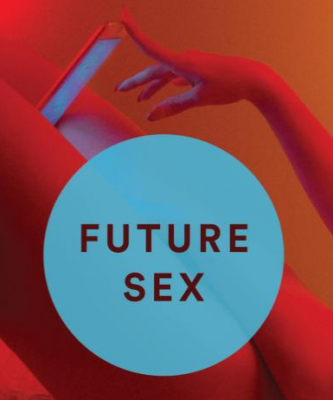 I first discovered Future Sex while researching topics for our “This week in kink” section on Kink Weekly. I’m always on the prowl for BDSM news or anything pertaining to sex and alternative relationships. I saved the book information and moved along only to circle back to it again once I had some serious travel coming up. Having secured the book into my Kindle app on my iPhone, I promptly read the entire thing in about three days. Author Emily Witt describes the topography of contemporary dating by living out more experiences than most will encounter during the whole of their existence. She also manages to both dissect and explain commonplace dating and sex while being able to move past the norms, all with a sense of ease and understanding.

She takes us through a journey of several years and many experiences that the average person would consider to be unusual. From “OM”-ing (a new wave method for female orgasm) in San Francisco to finding new partners in the desert at Burning Man she takes each moment in stride with an ernest self awareness lacking in most.

One of my favorite moments is near the beginning as Witt realizes traditional dating is not for her, that she needs to look into other options. But should she fail in her mission she states, “I would have embraced the project of wifeliness, monogamy, and child-rearing and posted them as triumphs for collective celebration on digital feeds.” Never has this idea been more clearly painted to me than in that sentence. For me, Future Sex was not only an investigation into alternative dating and non-monogamy but it was exposing what monogamy has become; the “one true option.” Those outside of monogamy are labeled as strange degenerates in way and with little attempt from “vanillas” to even understand why others choose to date or have sex this way. Witt says, “I had disliked my freedom because I didn’t want to see myself landing on the outside of normal.” Because anything but “normal” is difficult for most people to even share with their friends and families.

Future Sex is not at all what I expected. With the organization of the book being separate chapters outlining a glimpse into different facets of dating as a millennial, with titles like “Internet Dating” and “Live Web Cams” it’s both entertaining, raw, and at times awkward. In the chapter “Internet Porn” Witt spends a great deal of time discussing Princess Donna and the “Public Disgrace” series from Kink.com. I loved reading every word about how one of these shoots would go down. Basically a model signs a specific agreement allowing him or her to be “publicly” humiliated in front of an audience. Oftentimes, audience participation is allowed. The Public Disgrace videos were some of my very first exposure to the lifestyle, I just didn’t realize it at the time. I read this section with a bit of sadness as Kink.com has recently moved their offices from their home at The Armory in San Francisco. But that’s a lamentation for a whole other article!

Where was Witt going with all of this Kink.com business? She pointed out that everything she witnessed for Kink was about rules and perhaps she realized, her rules may need to change.

Most eye opening to me was the chapter on Birth Control and Reproduction. Witt points out that basic birth control technology for women has not advanced or evolved in almost forty years. This reinforces the idea that except for condoms, birth control falls squarely on the shoulders of women. No one seems to care enough to advance it because “if it ain’t broke don’t fix it.” (that was a direct quote from me, not the author of this book 😉 But the birth control methods and process are broken. The pain, side effects, burden…its one more nail in coffin of how we’ve arrived to the way sex is now.

Witt eventually wraps the book up into a startling conclusion. There won’t be some amazing evolution of how we have sex. The conversation will simply change as it always has. Even from ten years ago, we talk about sex differently or perhaps it’s just me? There is always a shift occurring, even if it’s minute.

Future Sex is available on Amazon.com.