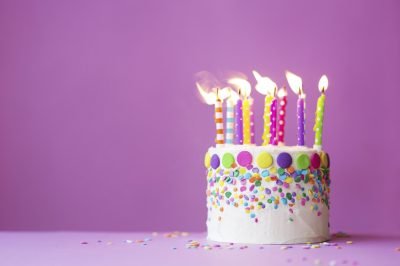 The following is part one of a true story account of my birthday weekend. I hope you enjoy! <3 anniebear
My 30th birthday was on Friday, May 6th. I was not looking forward to it. I never thought I’d be one of those women to dread a coming birthday but there it was and I loathed it. Dexx had been extremely supportive leading up to the “big day.” I wanted no fanfare or mention of it. The least he was able to convince me to do was a special dinner at my favorite restaurant in Century City with the promise of champagne, for those of you who know me, I can always get on board if champagne is involved ☺

Saturday, a good friend of mine was driving into LA to meet me for some lunch and bit of shopping. She and Dexx both played along with my lack of enthusiasm simply saying it was a “special” weekend but not actually mentioning my birthday. Dexx had scheduled several weeks ago to play this specific Saturday night. He said he needed me out of the house to prepare, which was not unlike him because he often plans elaborate and detailed scenes for personal play. He has a devious mind and likes to have all of the details laid out. When I was preparing to leave, the doorbell rang. Thinking it was my friend, I opened to door only to be greeted by a Sprinkles cupcake delivery. I was super confused knowing that Dexx would not have these sent since I’m on a strict no-sweets diet. However, he came over and took them from me with a glint in his eye. I knew these cupcakes would somehow play into our scene and I would not get to enjoy them as they should be! I imagined him smashing them all over my body in a sploshing scene or launching them into my face with some sort of catapult. With him the sky is the limit!

My friend arrived and luckily, with her also being kinky I could express my trepidation and nervousness over the impending scene to occur that evening. We had a nice day catching up over food and a few glasses of champagne and shopping. It was requested I return at 7pm on the dot. My friend and I made it by 7:07. I was shaking when I went inside. Dexx greeted me with a smile on his face and two glasses of Moet, my favorite. He allowed me six minutes to shower off my body and change into a dress, panties, and heels. I would have almost made it if it weren’t for how slow the shower heats up (I ended up taking a cold/lukewarm shower) and I had a zipper malfunction on the dress he chose, only mounting my anxiety. He yelled up the stairs that the time was up and I yelled out that my zipper was stuck. The next few minutes were anxiety level ten trying to zip me up, me feeling like a fat cow (which really was not the case, it was simply a cheap zipper in retrospect) and then having to compose myself enough to catch my breath.

I emerged dressed and almost ready for anything. Dexx asked me to go over my safewords again as he placed my favorite pink play collar on me along with a blindfold and led me to our play room. He said he was going to leave me alone in there for a while but I could immediately sense there was someone else in the room too! I was so scared and wouldn’t let go of his hand almost hysterically asking if someone else was in there! Finally he said, “Do you trust me?” and of course I did and finally had to let him go. It was several moments of tense silence. I could make out some tiny sounds of someone else in the room and then a man spoke! For those of you Game of Thrones fans out there, what followed was a recreation of the scene between Aria and the House of the Many Faced God. I was asked questions and then hit with various implements. I soon realized there was also a woman in the room! I guess somewhere in the middle of the scene, I realized the people were my friend from that very day and her fiancé whom of which I am also very good friends! I started laughing hysterically about it to myself as I had been completely duped. I was then made to sing a Broadway show tune as loud as possible while simultaneously being walloped. Naturally I chose “Doe A Deer” from The Sound of Music. Abruptly the scene came to an end, a leash was attached to my collar (I’m still blindfolded!) and I was led from the room, up the stairs to the second story guest room.

I was left alone in this room but knew immediately I was not actually by myself. It was quiet for a moment, then I was grabbed and placed on the bed. I was on my back and my feet were lifted into the air and my wrists tied around the backs of my thighs. I was giggling up a storm as my endorphins were on high alert! I suspected the rigger was RopeDaddy but later found out it was actually Crocoduck! My dress was shoved up and over my breasts. I was treated to multiple whacks on my behind. I was told to hold an implement in my mouth and mentally confirmed it was RopeDaddy as I recognized via my mouth his signature woven handle for his custom toys. I could tell that two different people were hitting me, one much more gentle than the other. They made sure to whack my nipples as well! This went on for some time-who knows how long as I had completely lost track at this point. I was quickly untied and hoisted upwards, regaining my balance. The leash was attached and as I exited the room, the blindfold was removed to reveal RopeDaddy! But who else was in the room?

He led me downstairs to the living room and I immediately saw Rngletters and lankyred awaiting me. I got very emotional because I was slowly putting together that Dexx had arranged this whole elaborate evening for me and that many many good friends had given their time and energy to the event. I was handed off to rngletters who immediately asked me to strip. I removed my dress and stood in my panties and heels. He delivered a swift slap to my face and reminded me that he said to strip which included my panties. He sat me down on the ottoman and tied each leg with rope so my pussy was exposed (so embarrassing! I was in between waxes, oh the humiliation!). A jaw breaker flavored ball gag was placed in my mouth, there was sure to be plenty of drool. Rngletters made me play with myself, also super humiliating and Lankyred made swift work of my “makeup” using red lipstick and not staying at all in my lip line, naturally. I loved the way they kept taunting me and calling me awful names. They handed me a dildo and made me fuck myself with it. I got a whack if I forgot myself and stopped. At this time the droop was dripping from my gag, so gross! They wrote awful names on me and drew penises and boobs. Everyone else from the scenes so far came out to join in the fun and all of the identities were revealed!

I forgot to mention that at this point I realized there was a camera in each room. Presumably Dexx was watching every scene and relishing the torture that was being inflicted upon me! My humiliation knew no bounds!
All of a sudden everyone sort of “went away” or disappeared. Dexx was the only one left, shoving a hood over my head and hooking my leash on once more taking me to the playroom. I thought surely this would be the last of my series of scenes. He sat me in a chair and used bondage leather straps to secure me. I wasn’t going anywhere! He asked me how I was doing and told me we were going to play a little taste test game. The horror!