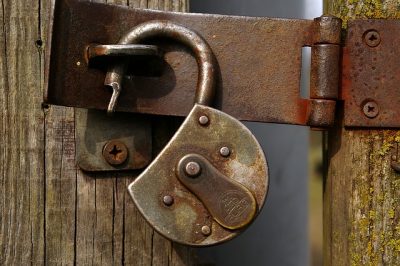 Rather than just title this article “Chastity,” I thought a title with a little more grabbing power would be “Chastity Belts.” Additionally, little is written about chastity belts, as opposed to cock cages. I am here to correct this!

Chastity belts have been around for centuries. Used during the Middle Ages (although the popularity of their use has been exaggerated), their main purpose was not sexual arousal.  No role-playing here. It was to keep the Baron’s (not an online Baron) wife faithful while he was away on some war or crusade. I guess lock picking was a useful skill to have back then, albeit a risky one. Until the modern era, they were big, bulky leather and metal affairs. With big locks. Nowadays, female chastity belts are lighter and less bulky – but they still are more cumbersome than their male cock-cage counterparts.

Chastity for Role Play or Lifestyle?

If it is just a short-term play proposition, the comfort aspect is far less critical. Female chastity belts are expensive; custom ones even more so. Thus, I recommend an Internet mail-order chastity belt if it is solely for use at play parties and the like. But if the female slave is required to wear it for an extended length of time, including activities such as driving or typing at a computer, comfort will be a major issue. Here a mail order belt is definitely out of the question. Whatever chastity belt route you go, be prepared for some discomfort. The basic design, whether custom made or off the rack, is not built for comfort. So when you commit to long term usage, it will not feel like a Victoria’s Secret thong.

While on the subject of female chastity, the belt is not the only way to go. Labial ring piercings can be locked together to accomplish basically the same goal with a greater degree of comfort. A small, lightweight lock can fasten two rings together and cannot be readily opened. It interferes with bodily functions less than a chastity belt and, to me, has some esthetic advantages. Plus, if you lose the key, the rings can be clipped. A duplicate key is still the way to go, just in case.

When it comes to male chastity belts, technology is the word. The design of these devices is not as traditional and intuitive as the female ones. Although high-tech and designed by some very creative minds, they still are no walk in the park. Keeping a cock in what is basically a cage entails some pain and discomfort; but, when properly fit, it can be gotten used to. (That is easy for me to say!)

Male subs respond differently to wearing a chastity belt for long periods of times. Here is one male’s “review” of a very popular male chastity belt. “The testicles themselves are spread to either side and held in a very exposed position. In essence, the cage operates as a rigid, punitive ball spreader. The balls make constant contact with whatever form of underwear is worn, adding to the sense of sexual arousal and frustration. In my case, the pressure of the front and rear rings on the ball sac is significant and we are monitoring for bruising.” Thus when it comes to male chastity, a test drive would be in order. And some medical knowledge about long term effects of male chastity.

As to the psychological aspects of chastity, I will save that for another article. I guess you can call this “literary tease and denial!”