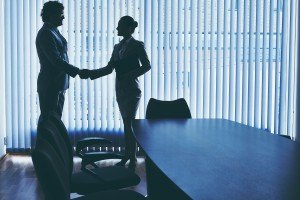 For those who don’t know, this past weekend was DomCon. I was teaching a 101 class the last day and was taking a few questions near the end. One question was about where best to start exploring as a couple. I was glad I asked a couple of questions of my own first. I said that it may depend on level of experience of both partners. I asked if the question was for two people who were both new to the scene. The man who had asked the original question answered that he and his female partner had different levels of experience. He had been in the scene for a while and she was brand new. I then asked what their dynamic was. He is the s-type, she the D-type.

SO glad I asked those questions. Here you have a fairly new relationship where the s-type has experience in the scene and is introducing their D-type to the dynamic and to the community. This situation can effect the dynamic if you aren’t aware or mindful.

I relate to this situation personally. First of all, if you look at my relationship history there are several times I have been in this situation. I call myself a recruiter. Lol It’s not on purpose – I just seem to meet/attract the newbies. (Even before I started teaching 101) My current relationship is no exception. We met at the munch that I host, however, he wasn’t a part of the munch – he just happened to be at the bar that I host the munch at. He had no idea who I was or what our group was about. Fortunately for me he was quite Dominant by nature as well as kinky (perhaps without realizing it). He had simply never been exposed to the scene or the concept of power exchange relationship dynamic.

In the beginning I was there to answer his questions, explain terms and concepts, take him to events, and introduce him to lots of other people in the community. What I realized after a bit, however, was that I didn’t want to be in the “teacher role” with him. In the personal dynamic we were supposed to be formulating he was supposed to be the leader, the teacher, the guide. By me taking that role due to our difference in experience, it began to feel like our D/s roles were somewhat reversed.

I got smart this time. I suggested he find someone (or more than one someone) to talk to and ask questions of. Specifically other D-types in the scene. Fortunately I call many of them friends and they have been very willing to support his journey through teaching and unofficial mentorship. Beyond developing these personal one-on-one relationships with other D-types, he has continued to go to classes and conferences. We talk about each class whether I attended along with him or not. It’s not that I don’t contribute my knowledge or continue to expose him to classes and other opportunities to learn and grow. However, if he needs assistance when it comes to the dynamic he has people to talk to besides me.

Quick example. I asked him if we could have a ritual to begin play because it helps transition my head space. His first instinct was to ask me what I wanted the ritual to be or ideas for him to create something. This was one of those things where I said I’d rather he talk to someone else for ideas, plan what he wants to do and then just TELL ME what the ritual WILL BE. This doesn’t mean I won’t provide feedback after my experience of said ritual or that it won’t necessarily get changed or tweaked. However, I don’t want to have input about everything. With this example I believe it became more clear to him about which things to discuss with me and which to discuss elsewhere.

So, ultimately, my answer for that couple was for them to discuss things they liked (he knew already) or things they (or she) were interested in exploring. And for her to focus on making other D-type friends, specifically female D-types, so that she wasn’t relying on him for all the answers.