Home » Three Perfect Freckles In The Center Of Her Foot 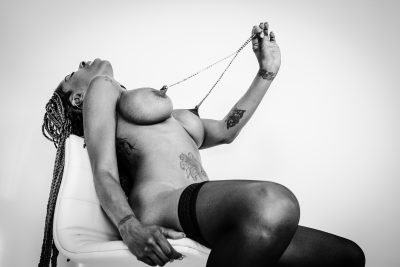 Three perfect freckles in the center of her foot, just above the strap which held her toes into the strappy sandal. Two leather straps held her foot in place. One around the ankle acting as a choker for her exquisitely narrow ankles, the other across her toes. Brazilian red polish accented her straight toes, each one was the smallest bit shorter than its neighbor, the pinky toe was a shy little school girl barely tucked in behind her bigger sister.  The four-inch heel was the ideal height to display the curve of her arch. Just high enough to imagine is fingers or member finding its way between the shoe and her foot. The soft warm flesh of his cock growing as he fondled her shoe and foot.

With tenderness he restrained his passion, kneeling in front of her. He blushed as she planted the heel between his thighs and her sandal-clad toe rested on his crotch. His dress pants and boxers did very little to contain the now throbbing cock. It pressed against the fabric as she tic-tocked the bottom of her shoe there.  His knuckles whitened as he pressed his fists into the rug, embracing the pleasure this simple movement brought him. His head bowed he watched as she dragged her foot back, arching her foot so only the inside of her foot drew along his thigh before gliding back up his thigh. He drew a deep breath and exhaled a moan of ecstasy as the full pressure of her foot pressed and rubbed his cock in its fabric cage. He held his tongue fearing she would withdraw her attention. This was more than he could have hoped for. She had agreed he could massage and hold her feet. This gift of attention was exhilarating.

She slides forward in her chair, extending her leg and dragging her toe up his chest. The tip of her shoe barely touching his chin. He raised his eyes to meet hers. She smiled and her eyes twinkled with mischief and seduction. “Yes, you may” was all she said.

He rose to a full kneeling position and held her foot like a priest holds a challis. He held her arch against his cheek inhaling her scent. Treasuring this intimacy. He supported her calf and felt the weight of her leg as she relaxed in his hand. She trusted him. He made eye contact, she held his gaze and he maneuvers her foot for his pleasure. She licked her lips and grinned as she bit her lower lip.  He kissed the top before rotating it and tracing the arch with his tongue. The ankle strap required deft fingers not clumsy teeth to be undone.

“Oh, baby.” Charles laid her foot next to the other on his lap, sliding both hands under her skirt  and bringing her ass to the edge of the chair. The top of her stocking visible he  kissed his way from her knees to her sex. Her knees hooked the arms of the chair and he slid her panties to the side, holding his mouth against her cunt he inhaled her scent. The heat from his mouth made her ache, she raised her pelvis to him aching for his touch. His tongue was electrifying. His hands cradles and massaged her ass. Her toes curled. He nuzzled and licked her wetness. He longed to slide his cock deep inside and satisfy her, for now tasting the nectar of her honey pot was enough, he thought.

“That will be all.” She said as she pushed his head away and paced her stocking feet together on the floor. She stood, straightened her skirt and tucked her hair behind her left ear.

“Yes, ma’am, “ He adjust the bulge in his crotch tucked his shirt in and stood at the door. “You have court at 4:00 and a dinner reservation at 8:30, will there be anything else?”

She was already back at her desk with her reading glasses perched on her nose. “Pass me the paten leather ones for court.” She didn’t look up as she spoke, just pointed to the corner of her desk.  The strappy sandals would be returned to their place in the cupboard. He collected the paten and replaced them with the sandals, lingering over them as he shut them away until the next time she needed him.

“That will be all, I’m done with you today.” He silently turned the lock and left, not lookback, he closed the door behind him and went back to his office. Amelia was there sorting papers.

“Sir, I thought you were in a meeting until 3:00?” she said somewhat confused.

“No Amelia, it turns out I wasn’t as needed as I thought. I can meet with the other partners after all, thank you.”