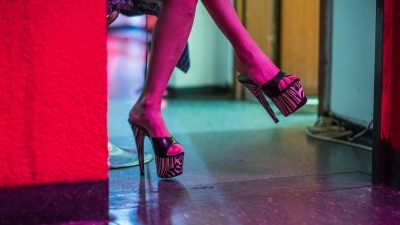 Although this question was submitted to me before the current coronavirus crisis, I thought it would be very enlightening to answer it.  Since many of us are staying indoors and not going out as much, role-play is a great way to add spice and alleviate boredom. The question please —

Reader: My slave and I are really interested in role playing. But we’re not sure where to start. Got any kinky ideas for us?

Kinky ideas for you?  Have you these ideas already.  Sounds like Yoda, you say. But the little guy has a lot of wisdom.  Let’s see what results using the Y-man’s approach will render. (I am being a bit mysterious today, don’t you think?)

Role-play has virtually no limits.  Almost anything your mind can conceive of can be done in a role-play game.  The question is, where do you get these kinky ideas from? Where? From inside you,  In the vanilla world you have been taught to suppress your “dirty” thoughts, to forget your wet dreams, to stop having nasty fantasies.  I say, do the exact opposite. Keep a mental file of your wildest, nastiest, naughtiest thoughts and fantasies. And herein lie the concepts and scripts for the role-play games that will turn you on the most.

Ever thought about being a schoolteacher and keeping your student after school for punishment?  Done! With a willing submissive, you have an instant “student being kept after school” scene ready to go!  Add an improvised schoolroom desk and chair for authenticity and you are set to act out a long-held fantasy — one that you already had worked out in your mind many times before.

In the deepest recesses of your cranium, have you ever fantasized about being a doctor and examining a patient?  When you were in the vanilla world, I am sure — if you had these fantasies — they went unfulfilled. But you are here now.  So, it is time to scrounge around the house and find items that are medical-consistent – thermometers, bandages, etc. During this crisis, you might be reluctant to go to drug stores and browse for medical items.  But you can also use the Internet to order role-play items that get delivered to you.

Now is the time to play out any fantasy that you have had.  The ole’ French maid fantasy has been a staple for years. Order a French maid’s outfit and go to town!  They are available on E-bay if you want to shop online.

Of course, you really don’t need costumes for role-play games.  But I feel they help to inject a dash of reality into what is essentially acting.  And actors always use props and costumes for authenticity. A pro Domme friend of mine has it right when she says, “changing into the appropriate costume helps to signify the change in role.”  A real stethoscope pays off big time when you are doing any medical role-play scenes.

The Yoda role-play principle really has no limits.  Don’t dismiss anything that you have ever thought of, fantasized about or have gotten excited over.  What if the concept of being a pony turns you on? You are not alone here. Pony play is a rather popular role-play scenario.  Many Dominants take it as far as buying display tack and actually training their “pony” to do exacting steps – just like show horses!

Here at kinkweekly.com we have articles on lots of role-play games such as puppy play.  And interrogation. And baby play, And age play. Keep in mind that if you have a fantasy, no matter how outlandish, many others also have the same one as you do.  So, once you think of some fantasy role-play that turns you on, check to see if there is information on it. Chances are, there is. And do not forget that even though role-play might be physically benign, it can have psychological demands.  Thus, make sure you play with safe words.

But if your fantasy is so unique that there is no information on it – try it anyway.  Even if is as strange as ‘Commander and astronaut,’ ‘James Bond and a Bond-girl’ or ‘Man-In-Black and an alien’ — go for it!