Many folks solely focus on the beginning and middle of a scene. However, the end is just as important.

Be sure to watch this essential video on how to properly end a scene from Evie Lupine.

Hone your communication skills and learn important things to consider throughout the entire scene.

Improve your play today with this insightful video!

The first time playing with a new play partner is special.  There is a magical electricity in the newness and uncertainty as you begin to connect with each other through dominance & submission.  As you experience each other’s energy, there is a delicious joy in seeing how your new partner responds to your unique style of dominance.

When I’m preparing for a first play session like this, I normally have a few things I’d like to have as an outcome from the scene:

Here’s a simple outline for where to take your scene, which accomplishes all three of these goals and sets you on a good foundation for more fun play in the future.

Now that you’ve had a great first play experience, you can start to plan some more advanced and intense experiences for future scenes together, built on the foundation of trust created from an amazing first session. 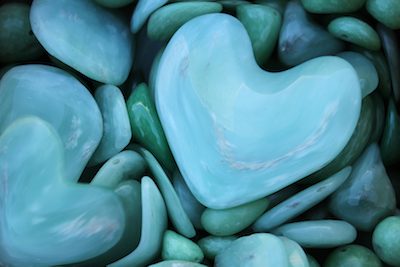 Trigger warning: This article is about triggers. If this triggers you, please be advised and continue with caution.
“Trigger” is a word that is used to cover many types and severities of things that may come up during a scene on a psychological or emotional level. The tough part is that much of the time we don’t know what triggers we have until they are activated. Obviously if you know you have a trigger (or triggers) you should be communicating that with your partner.

Can Tops/D-types be triggered as well? Absolutely. It is important for both people – or all people – involved in a scene to disclose triggers that they know they have.

So let’s talk about those ones we didn’t realize were there. Those “landmines” we step on or that get stepped on that we weren’t prepared for. How they are dealt with depends on the severity of the trigger. There is a spectrum all the way from something that conjures up feelings of anger or annoyance – and not in a sexy primal way – to true PTSD, panic attack inducing triggers. Those that have the latter often get frustrated that there aren’t more words to describe triggers – since the difference in severity can be huge.

Some triggers are very minor and the person triggered can continue the scene with little to no disruption. I still would advise you discuss it with your partner after the scene – either within the same evening or a day or two after. No matter what, even if it was small, don’t leave it hanging. Your partner wants to know. An example may be perhaps they call you by a version of your name that only your parents use and it made you think of your parents in the middle of the scene and displaced your mind set. Maybe they do something that reminds you of an ex (toxic) partner. The thing they do is harmless, yet it takes you back and triggers memories of a bad situation you were in.
There are triggers that are more severe. Your partner uses an implement that your father used to beat you with as a child as punishment. You smell a perfume that your best friend also wore – a friend that you lost to a tragic car accident. There are endless examples I could use. These may require you to pause or stop the scene. Perhaps after a break you can continue the scene or begin a new scene. Use the time to let your partner know what was triggered and why. As the person who triggered them – listen to them, get them water, hold them if they need that, let them sit alone for a few minutes or take a breath outside if they need that instead. Assure them that you are not the person they associated the trigger with and that you will not repeat whatever prompted the trigger.

Then there are those triggers that cause a panic attack or severe anxiety. Perhaps your partner is a veteran and someone cracks a whip near your scene which they hear as gunfire. (Yes a person can also be triggered by things happening around them – not only their partner directly.) Maybe you put your hand to their throat which takes them back to being raped and their assailant threatened to choke them to death. Severe trauma triggers can be extremely scary – for all involved, including people surrounding your scene. The person triggered may go into an emotional outburst – crying, screaming, and/or fighting. They may start to hyperventilate or do things that can cause bodily harm to themselves or those close by. DON’T leave them alone – but do call out for someone nearby to get a DM. Many DMs will have some medical training or can at least help you to make sure people don’t get hurt – including your partner. Once they are settled enough and know where they are (sometimes they will be mentally back in that battlefield or fighting for their life and forget where they are and that they are safe) make sure they have water and maybe some food. Assess as best you can what they need. Make eye contact and assure them of who you are and that they are safe. They may need to walk outside for fresh air – go with them. If they need alone time – still make sure you can keep an eye on them. Your first priority is making sure they are safe and can get back to center emotionally and psychologically. They may or may not be ready to talk about it. You may also need to help them though the secondary embarrassment of what they’ve just displayed in a public setting. Obviously if you are doing private play this doesn’t apply. Eventually talk about it – it may be a couple days. Check in with them every day – more than once. If they have a therapist they may need to make an appointment. If they don’t have one they may want to find one. Some triggers are severe enough that they need a professional. This doesn’t mean you stop being there as a friend/play partner/lover/life partner, etc. Be a safe place for them.

I hope you never need this information, or at least not often. What we do involves risk – even the “safest” play can trigger some deep wounds. If you were the one that triggered the other person don’t blame yourself. You didn’t know you were stepping on a landmine. Take care of yourself as well. Have a trusted friend or mentor that you can debrief with too.

Triggers happen. Do your best to take care of each other and remember that the trigger is not representative of the scene or the relationship.


When writing for an audience that spans beginners to advanced and from weekend warriors to 24/7, it is often hard to find an area that will interest most of our kinky readers. Medical play appears to fit the bill.

The beauty of a medical scene is that it is nearly impossible to ruin the D/s structure that is inherent in it. In real life, when the doctor tells the patient to do something, the patient does as told — within proscribed legal and ethical restraints. The doctor is, by definition, the Top; the patient is the bottom. Similarly, in medical play, the “doctor” (or “nurse,” if that is your scene) is the Dominant and the “patient” is the submissive. Other than negotiating limits to be observed during the scene, the D/s structure is automatic. Set it and forget it!

Another wonderful aspect of a medical scene is that elaborate equipment is not necessary to create an awesome medical play space. An ordinary table with a white sheet on it makes as good an examination table as I have seen in some real doctors’ offices! Get a desk (at a yard sale!) and put some 99Cents Store “doctor stuff” on it — cotton balls, bandages, latex examination gloves, Vaseline, alcohol, betadine wash, swabs, etc, — and you have a “doctor’s office” right in your own home. Since medical play is role play, don’t skip the small details. A medical smock with a nametag – or the nurse’s uniform – gives the scene an air of authenticity that many other roleplays lack. Hang a stethoscope around your neck and the doctor is in! (I have no idea what those circular mirrors on a headband are for, but if you are a stickler for details, go for it.) I have heard of a Dom who recorded hospital noises (“Bing, bing…calling Dr. Marx”) on his smartphone and plays them during his medical play sessions. This might seem a bit extreme – but I bet their medical sessions rock!

Although beginners can do most of the scenes I have discussed, medical play also encompasses edge play as well. Needle play is often done in the context of a medical scene. What better place to do needle play than in a “doctor’s office”? After all, it is clean and well stocked with antibacterial scrubs and washes. Note: needle play is a very advanced edge play and should not be attempted by a novice.